HOW WE GROW BLACKCURRANTS IN NEW ZEALAND

New Zealand grows the safest and purest black currants in the world, which is due in part to the natural factors such as freedom from pollution, a clean environment, and mountain-fresh waters.

Blackcurrants grown in New Zealand are also of the highest quality due to the rigorous governmental and private associations regulating the black currant growing methods, along with imposing some of the strictest safety measures in the world. The New Zealand Blackcurrant industry has worked in partnerships with the New Zealand scientific community for 30 years to develop the genetic and nutrient value of our plant varieties. This partnership has been between Hort Research, the largest science institute of its type in the world, and the Crop and Food. 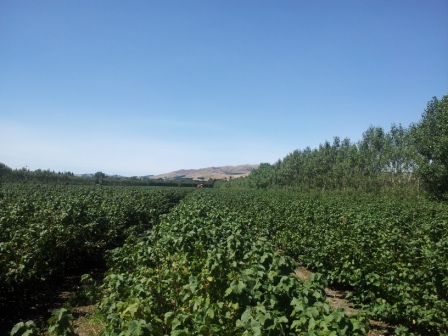 Prior to harvest each year, growers must be certified under the NZ Good Agricultural Practice Program, which is one of New Zealand’s largest quality assurance programs. The Safety Spray Action Program, conducted by all of the farmers, is controlled by the NZ Blackcurrant Association, with strict regulations legislated by the importing country, and must be checked every year.

Additionally, the New Zealand black currants industry has instituted safe horticultural practices through the mentoring and regulation of insect and disease controls, the handling of fruits, and proper traceability to insure the safety and quality of black currant production. New Zealand is one of the world’s leading black currant berry producers, with its southern island producing nearly 95% of the country’s black currant supply. Recognized as having one of the worlds most technologically advanced agricultural industries in the world, black currants are given special attention and care in their remote island climate. 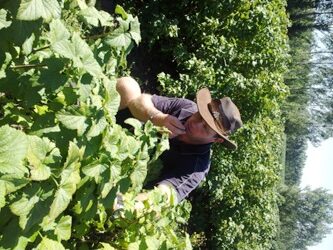 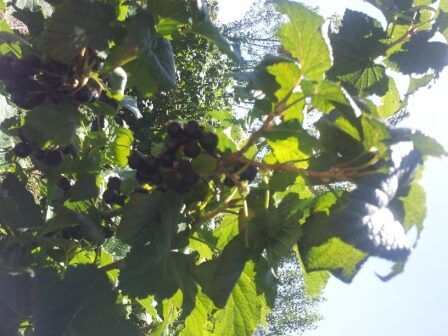 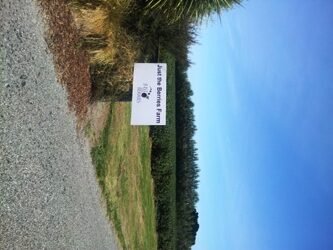 The growing schedules of black currants in New Zealand is opposite to those in countries in the Northern Hemisphere. The growers begin to prune their bushes for the upcoming season in June and August, which are New Zealand’s winter months. September and October are devoted to pest control, while late October and November begins the flowering season. During this time, a large quantity of bees are required to properly pollinate the acres of berry shrubs. After pollination, the berries begin to form and by late December the plump berries become visible. The harvesting season for New Zealand Black currants takes place between late December and January, depending on the specific area and breeds.

One of the reasons that New Zealand Blackcurrants are superior to those grown elsewhere in the world is the multitude of research organizations and growing associations involved in New Zealand’s black currant industry. Almost all of the country’s black currant growers are members of the New Zealand Blackcurrant Cooperative LTD. This organization ensures that the commitment to safe growing practices is well structured, and therefore ensures the quality of all berries’ growing, harvesting, and handling.

The cooperative’s strategic guidelines are carried out under the umbrella of a licensing system administered by the Horticulture Export Authority, who oversees and licenses the cooperative to export the black currants, as well as overseeing the activity of the Blackcurrants New Zealand Ltd (BCNZ). BCNZ is an advisory group that supports and advises all participants involved in black currant production, research and marketing, and ensures good administration, safe growing practices, first class research and development and orderly marketing for the black currant industry. The areas where direction is given by BCNZ include plant breeding, intellectual property rights, the latest research and development and safe growing and farm management practices.

In New Zealand, this fruit is the King of Berries, and grown safely in an ideal climate under strict conditions, adding to the black currants’ abundant nutritional value.

Just the Berries PD Corporation has been working with JTB’s contracted blackcurrant growers to have pesticide free berries grown for the purpose of manufacturing of the pigment powders, extract powders, anthocyanins powders, puree and juices for over 10 years.

We are guaranteeing our industry clients with scientific data tested by New Zealand government approved labs on JTBPD fruits in order to prove that the fruit we use for the merchandising of the products is completely pesticide residues free(from 231 commercially used pesticides in the world). 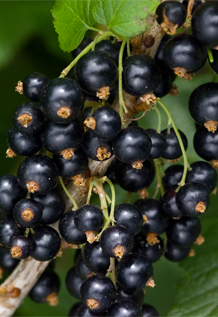